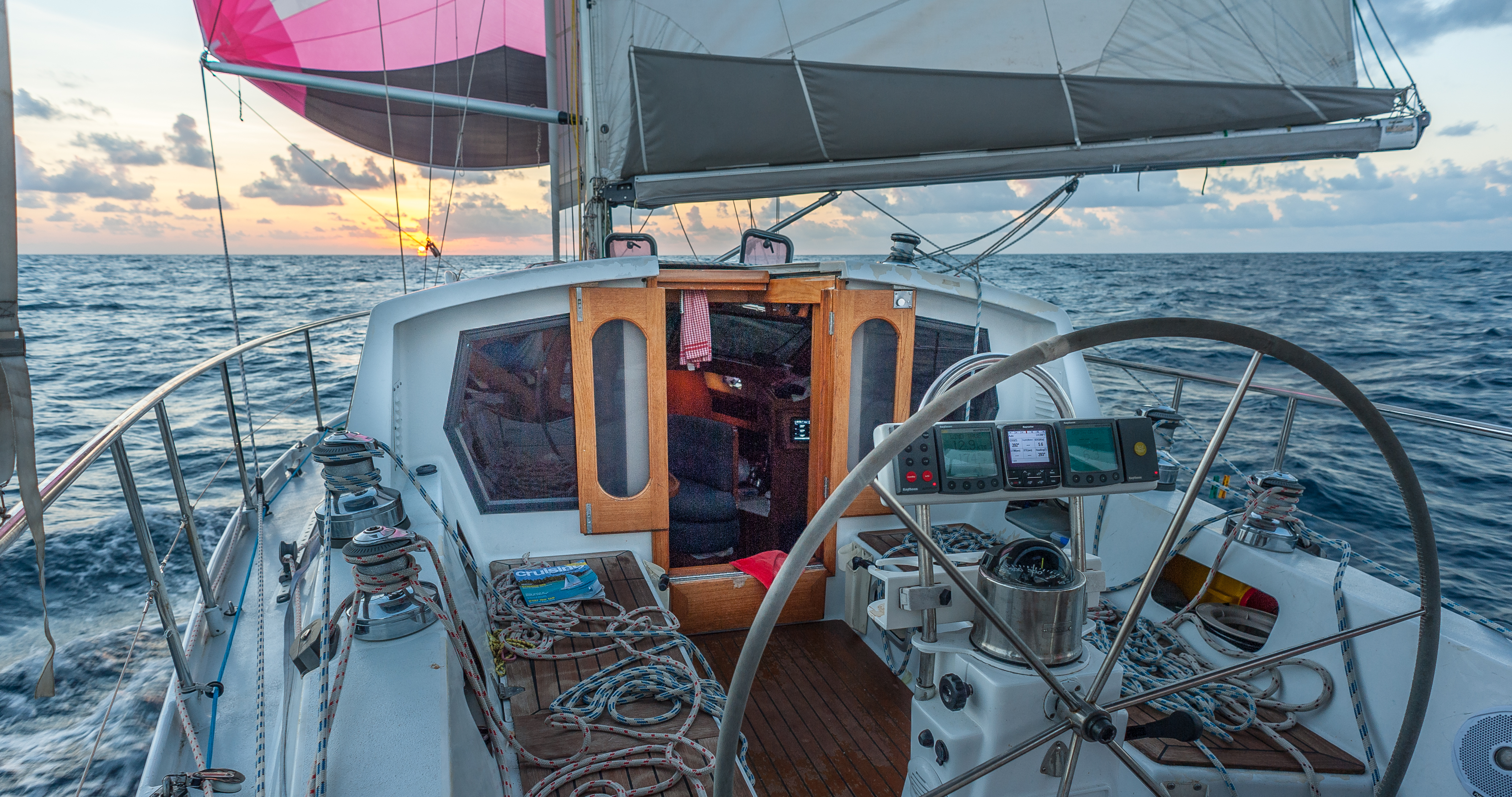 Oh, Dili is so different! I had forgotten how much difference a culture makes. We've been immersed in Dili for the past 24 hrs and they are such a beautiful, trusting and generous people. Last night's Awards Ceremony was conducted at a beautiful venue, outside, in the pouring rain unfortunately. But that didn't put too much of a dampener on things and the party was just starting up when we left about 8pm with three first prizes.

I think I will never understand how we carried off First Over the Start, Last to Finish and First in Division 1 on Corrected Time, all in the same race! But I do know it's down to Lesley's skill and perseverance, and her attitude to winning. Once we committed, winning became everything and her focus over the past few days has been extraordinary. The prizes are hers more than mine and I think I've made sure she knows it.

We were awarded beautiful Tais which are traditional hand-woven textile shawls, a massive silver cup for coming first, a huge bronze tortoise for coming last and $1,500 US for wining division 1. We had to call a cab to get home but unfortunately our cab driver didn't speak english so we ended up in a tour around Dili until we worked out how to say Maritime Police Office (UPM) in the local tongue. We are anchored in the local water police precinct.  The awards were made by local dignitaries including the Chief of Police, the Naval Commander and various politicians. It is a big thing for them, and for me, and I feel humbled by it all.

I slept 10 hours last night — the first proper sleep I've had in 6 days — and I am feeling almost human again. Have met some beautiful people, both local and other cruisers and am very much at peace with the world. Much to do today however as we have torn sails to get repaired and more local events to attend.

We won the start because we judged the current correctly. The wind was so light that we basically drifted across the start line with the current while most of the other boats got washed past the end of the start line and had to anchor till they got some breeze. They passed us a few hours later but we'd got a good start.

The wind stayed light until we got into the Timor Sea where we picked up a nice South Easterly all the way across, round Jaco Island and part way along the Timor north coast. Unfortunately the breeze was a bit too much for our light spinnaker which is now confetti. We also managed to tear the asymmetric spinnaker on an exposed split pin under the vang while getting it down in 20 knots. So we know where the prize money is going:-(

The breeze started to die about 100 nm before we got to Dili. By the time we were in sight of Jesus we were hand steering, searching for every puff and overjoyed when we got an extra knot. But it meant an extra night on the water and we arrived just before sunrise on 19th July. Navigating the harbour was interesting but in the end uneventful, and we found a good anchorage just where we had been advised.

We had been advised about Jesus by previous competitors. There is a large 'Rio' style statue of Jesus at the head of Dili Bay. When you get within sight of Jesus the wind dies and the seas go flat.

So we won Division 1 on corrected time because we tried very hard to sail Anjea to the best of her capabilities. We also used a weather routing program to give us ideas and that inspired us to head to the right across the Banda Sea to avoid a wind 'hole'. Finally, our handicap was fair and that set us up for a crack at the winnings.

Winning the Tortoise was inevitable. We are the smallest boat in Division 1 and thus the slowest. Another boat, Aphrodite, were convinced they would be last but pulled out of the race to motor. Their loss became our loss, I mean gain, no, oh you work it out!

So right now Anjea's captain and crew are feeling pretty good. We have another dinner tonight with the rest of the race and rally boats. Already, we've met some experienced cruisers whose knowledge we'll try to bottle for when we need it.

By the way, the official race results are here: https://sailtimorleste.org/rally