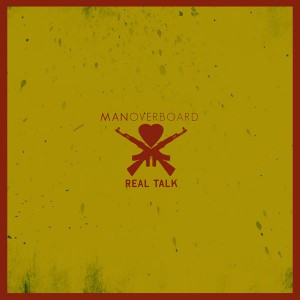 Personally, I only know one person who has fallen overboard. She was wearing an immersion suit and competing in a professionally organized sailing event. Even so, she spent several hours in the Mediterranean before rescuers found her,  several miles offshore, just before dark.

On a bigger boat, with tether points and harnesses, the theory is that you are always hooked on. But I don't know anyone who would don a harness and hook on just to go to the rail to take a leak when you're at anchor. It seems to me that's just the sort of complacency that could lead to falling overboard. And if you hit your head on the way over, and there's a strong current then you could be lost. Or imagine a problem with a sheet hooked over that vent that you always wanted to fix and you go forward to flick it off — without hooking on. A wave hits, or an accidental gybe because you didn't quite set the boat up right and you're overboard, possibly unconscious from the boom hitting you on the head.

If you're a solo sailor, well too bad. A system to sail the boat back to you has yet to be invented (although I do believe there is at least one system that can sail the boat up into the wind, giving you a chance of swimming to the boat). Solo, your best bet is to be attached to the boat with a short tether that will prevent you going overboard in the first place. People have drowned because their tether was long enough to let them go overboard and get dragged through the water at several knots.

But if there is at least one crew on board then there's a chance you might get saved. To save you, several conditions need to be met:

Clearly, prevention is a lot better than dealing with a MOB.

If someone was on deck and saw the incident then they should know, and follow, the standard MOB procedure. Alert the rest of the crew, note MOB position, continuously point at the MOB in the water, thow a danbouy, liferings and other lifesaving devices. If nobody else is on deck then the MOB has a big problem — it might be quite a while before someone notices that they are no longer there. In addition, the ccrew have no idea how long the MOB has been gone, so they do not know the MOB position. All they can do is backtrack and hope to spot them. In this case a GPS track is the best help. Without a plotter you are reduced to sailing the reciprocal bearing. In either case you need to compensate for tides and currents as best you can.

To overcome the problem of losing track of the MOB position, lots of ingenious systems have been invented. Broadly, they fall into the follolwing classes:

On larger vessels, and when racing, where there is always more than one person on deck then a well trained crew will probably make more difference than any amount of technology. This is because a well-trained crew will be capable of stopping the boat quickly, sailing the boat back, and getting them back on board. No amount of technology is going to be able to do that. Having said that there's plenty of vendors trying to sell you MOB systems. So what do they do?

There are two basic things a good MOB system CAN do to improve your odds if you go overboard:

If you are contemplating buying a system then look at how well it accomplishes each of these. An occasional false alarm is a relatively small annoyance in comparison to an alarm that fails to work when someone falls overboard. So you need a system that transmits a signal constantly checking that the person is still in range. As soon as a person can't be contacted then the alarm is raised, whether they have fallen overboard or simply forgotten to take the MOB device off after getting into the dinghy. These types of system are inherently safe in the sense that if they stop working then an alarm is raised. When it comes to locating the MOB, of current systems, the best use AIS and GPS to locate the MOB. Another approach is to use a personal EPIRB. The downside of a personal EPIRB is that the vessel closest to you cannot directly receive the signal and has no idea where to look.

The Problem with GPS Tracks

In a nutshell — wind and current. If you drop something overboard it will not stay put. Instead it will be blown by the wind and moved by the tide and currents. If you fitted a GPS to such a device it would be unlikely to read a stable position but would trace a path. So knowing the position at which something fell overboard is just a starting point. Obviously you'd start a search from the MOB position, but you would then want to know the direction in which the MOB had moved. The easiest way to do that would probable be to stop the ship and watch the GPS for a few minutes to esimate the direction and speed. In high winds that wouldn't work, but in moderate conditions it might give you an idea of the direction in which to commence searching from the MOB position. If a Danbouy was thrown overboard then it will probably drift at a similar rate, giving you a much better chance of finding a MOB.

In summary, navigating back to the MOB GPS position sets you up to start the search, but you are unlikely to find me there.

The Problem of Time

As lawyers are fond of saying — time is of the essence. An unconscious person in the water is unlikely to last very long. Time works against you in many ways:

So drawing from that:

Preventing anyone from falling overboard is obviously where everyday attention must be focussed first. It is a difficult problem and there is no way to eliminate all risk. That said, there are many ways to minimise the risks. Here are some thoughts:

Lifelines. Having owned a yacht with solid rails instead of lifelines I am at a loss to understand how lifelines ever became acceptable. They are not 'life lines' but 'trip lines'. They are a terrible idea and should be outlawed. Even when pefectly maintained, a bit of wire stetched between stanchions is unstable as a hand hold. Grabbing a lifeline close to a stanchion might be reasonably solid, but move a meter away from the stanchion and that same lifeline is suddenly a wobbly bit of string. Coupled with that, lifelines are usually strung at about 600mm above deck, just about the perfect height to trip you up. It is simply impossible to hang onto a lifeline with your hands at that height and achieve any stability. The second thing about wire is its size: it is too small to hold onto effectively and it hurts to hold onto it with any force. So lifelines are simply not effective handholds either.

Jacklines. The problem with  jacklines is similar to that with lifelines: they are not stable and cannot be relied upon as a handhold. Worse, if you're clipped on it's likely you'll be thrown around on the end of your tether, possibly into the water and drowned. Jacklines are just one more thing to rig, maintain and trip over on your deck. I think it is clear that they're a bad idea too.

Anchor points. Points all over the cockpit and deck that you can easily clip onto and off are a much better idea than jacklines. Some boats have them but they should be standard on alll boats.

Harness with quick attach/release double tether. Anchor points can only work when it's easy to move smoothly between them. That means a harness with two tethers: one that is connected while you clip to the next anchor point. When you need additional stability you might also be able to remain anchored to two points while working to free a line or attach a sheet, or some other task that requires two hands. You need a decent harness, preferably with a built-in life-vest (eg https://www.stormylifejackets.com.au/product/life-vest-classic-with-harness-manual-activation/) and an appropriate tether (eg http://www.jamestowndistributors.com/userportal/show_product.do?pid=63677&familyName=Kong+ISAF+Safety+Harness+Tethers).

So, How Will I Not Fall Off Anjea?

Well first I have to admit that I am much more concerned about the possibility than I was in the past. I hate to recall some of the things I got up to and was very lucky to get away with. Well now I am an old fart and the while I am still fit I am no athlete. Also, I am intending to live on Anjea for some time — 10 years or more if the fates allow, and I'm not inclined to assist the fates in my own undoing. So with a view to my inevitable doderation I'm inclided to put a bit of effort into making things safe for the elderly. Oh shit that sounds terrible! Still here we go...

The last of these, a MOB system that will stop the boat, doesn't exist yet, or at least I have not found one that works to my satisfaction and is affordable.

There are many, many other things that play into safety and that fall into the category of prevention such as avoiding collisions, the rules of the road, good maintenance, and generally good seamanship.