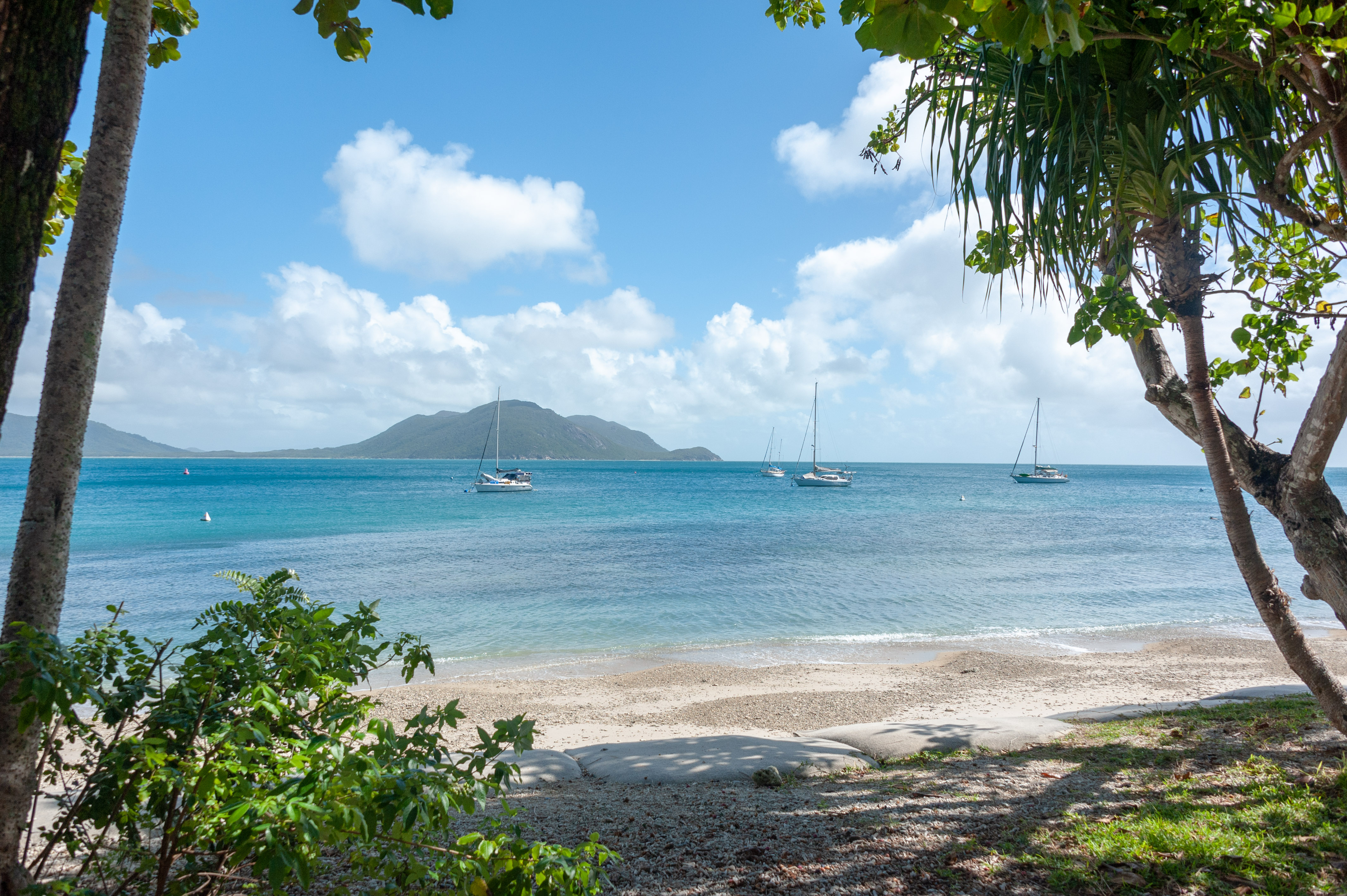 On 9th June 1770, Captain James Cook sailed past an island off a prominent cape on the Australian east coast. He named the cape 'Grafton'  and the Island 'Fitzroy', both after Augustus FitzRoy, 3rd Duke of Grafton. Some articles on Wikipedia imagine that Fitzroy Island was named after Captain Robert Fitzroy, but Robert Fitzroy didn't come to Australia until 1836, arriving in Sydney and then travelling south to Hobart and then west around the bottom of Australia. He never came near the north east coast. However, Robert Fitzroy was the grandson of Augustus, so it's all in the family I guess. And then there is Charles Fitzroy, Robert's half-brother who became governor of the colony of New South Wales, whom I have mentioned in another slog. Fitzroy Island wasn't named after him either.

We left Mourilyan about 0730 at the same time as another yacht with a bunch of people on board. So it was a race. We both put up our mainsails just outside the harbour, then we went offshore to find breeze and they made a bee-line for Fitzroy Island, travelling close to the coast. There was very little breeze to start with and we both motor-sailed. We tried harder to sail and fell behind. Every so often as we travelled north we'd see them against the shore and we could see they only had a mainsail up and no jib — clearly they were still motor-sailing.

We caught the breeze around 0900. At first it was from the west and we thought they had made the better call as a westerly would be stronger inshore. But within an hour the wind had gone to the south east, we had gybed, and we were sailing nicely on a broad reach. As the day progressed the wind increased to touch 20 knots and we were travelling fast and comfortably.

Once the wind settled, the sail from Mourilyan was uneventful — until Lesley caught a spotted mackerel just as I was cooking lunch. She had to get it aboard by herself and, fearful of losing it like several others on this trip, she chose to haul it aboard live and kill it in the cockpit. This was a horrifically messy business that covered the entire cockpit in blood and slime. Thankfully it was only a small fish and she managed the job by herself, including the cleanup which took about half an hour. We were still finding fish bits hours later.

Usually when we catch a fish we put a loop round the tail, hang it from the rail over the side and cut its throat. It bleeds out almost instantly and all the mess stays out of the cockpit. Cleaning the side of the boat is not so bad as cleaning the cockpit, especially under sail when we need the cockpit to sail the boat.

When we arrived at Fitzroy Island there were several moorings free so we grabbed the innermost one to get out of the slop and were very happy with the peace and quiet.

Just as we were about to get into the dinghy to go ashore Lesley said "Look who's parking next to us!" It was the yacht we had 'raced' pulling up at the mooring next to us. Going offshore had proved to be the right decision.

I had forgotten just how pleasant Fitzroy Island is. We walked from the resort to the lighthouse and back. It's about half an hour each way, and although the path is paved all the way it is quite steep in places. At the lighthouse we could see rain threatening so we skipped the longer, rougher return via the summit. The vegetation is lush, the resort is low-key and not at all intrusive, even though it is now much larger than it was when I was last here, and there is an interesting turtle rehab center.

We got a thorough soaking on the way back as the anticipated rain arrived.