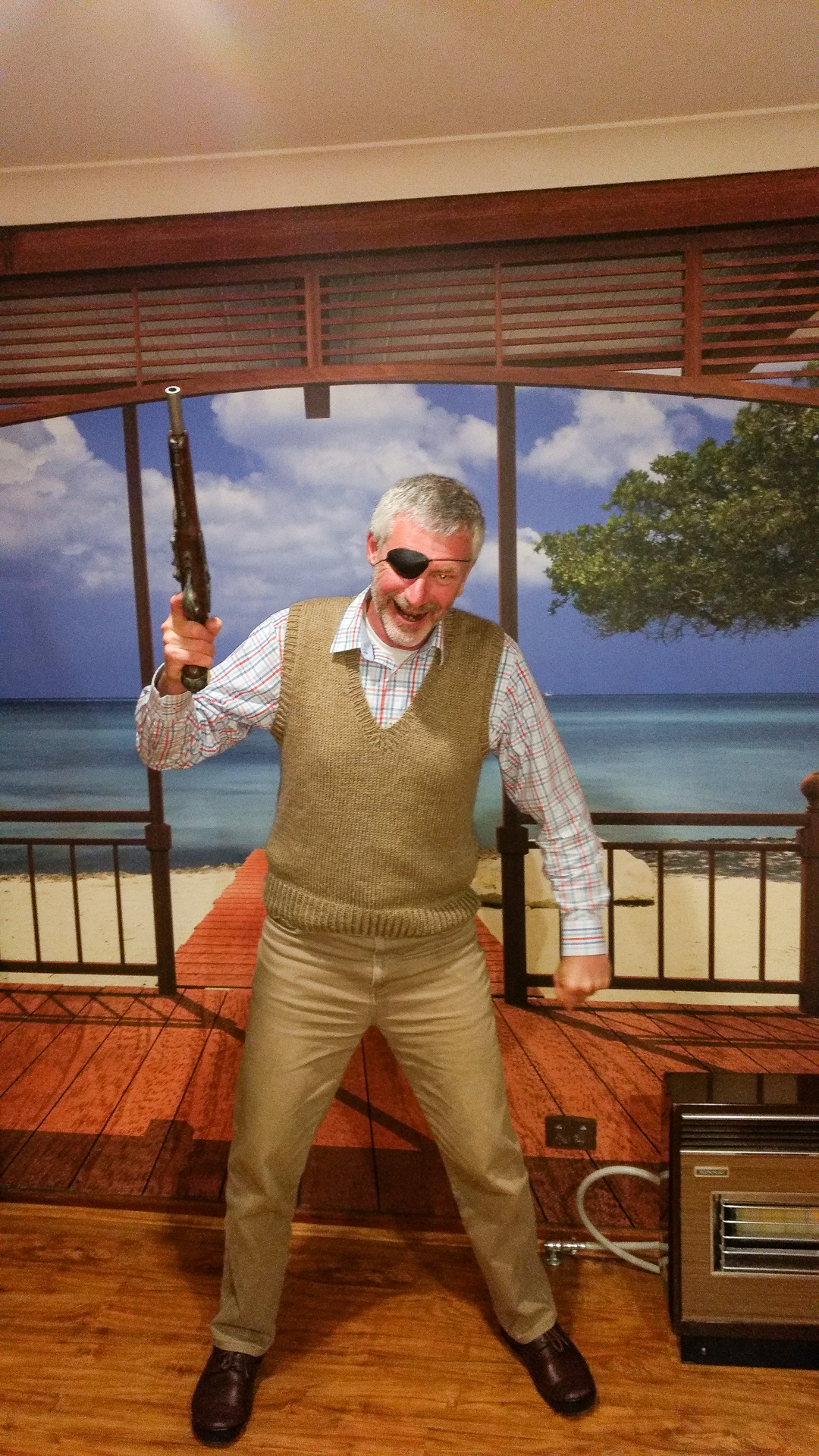 Anjea got a new set of covers and I got an eyepatch.

My eyepatch was a consequence of an eye problem. It's all good now, but the pirate jokes got a bit boring! The best was Matthew Harper's insistance on me playing the pirate ham when we were at dinner one night. And the Harper's have the perfect backdrop right in their living room, as you can tell from the photo.

The Harpers run Covergirl Marine Trimming in South Sydney and they provided new covers for Anjea while we were there. They are just wonderful, both the Harpers and the covers. They advised us on the best way to go and walked us through all the various options. Anjea has come out looking 20 years younger and a whole lot more livable. Anjea has large windows and any excess sunlight and the heat that comes with it is a problem. Even with heavy tinting Anjea can get warm on a sunny day. Maybe not in Tasmania, but certainly here in NSW. So we had shades made for the windows, a boom tent to keep the sun off the saloon, a bimini to provide shelter in the cockpit and a new sail bag and lazy jack system for the main sail. The only problem so far has been the fasteners for the boom tent tracks have popped off. I may need to get the tracks welded instead of rivitted.

Lesley still thinks I need a hook and chook. Thankfully nobody has yet mentioned a peg-leg. If the jokes had gone on any longer I would have ripped the eye-patch off. Thankfully everyone except Lesley got bored with the jokes, the eye patch came off, and everything is back to normal, including my eyesight. A new set of covers for Anjea