I am feeling down since Merel left the boat in Paramaribo. She made me feel young — until she told me I was too old. So I signed on to a project boat owned by Yayo, a local character.

Bollemat is, I mean was, a great yacht. I was inspired by her construction, which is aluminium like Anjea, and her heritage as a 50 year-old sailing yacht. Yayo bought the boat for very little from a deceased estate after it had been adandoned here in Suriname for several years. She was built by Royal Huisman in the Netherlands, and sailed all over the Atlantic by at least two previous owners.

I've joined the project with the aim of rebuilding the power and control systems before sailing her to Marie Galant in the Caribbean. On my first visit to the boat I decided on the spot to completely redo the power systems, install solar, replace the charge controllers, battery management system and batteries. I kept it as simple as possible using Victron components and it has worked out very well.

Most of the instruments were shot, so they've been replaced with new sensors and a wifi-based information system.

Yayo is a confirmed hippie. He is Dutch and came to South America to avoid the draft in the early 1970's. He's traveled all over and now has restaurants, property and hotels in Suriname, French Guyana and now Guadeloupe where he wants to settle. His idea with Bollemaat is to sail between these countries, both for pleasure and as a means of transport. He has some sailing experience on a wooden barque that he owned and ran with a crew of ten and a full-time captain. Some time in the 1980's he ran Golden Harvest aground in the Marony River in Saint Laurent and built a very successful restaurant around the boat called La Goelette, but he has limited experience sailing a boat such as Bollemaat.

The Golden Harvest is now a restaurant called La Goelette

The project has been good medicine for me. Yayo is an inspiring leader with a small group of helpers and we are a good team. Wim is an exceptional timberworker who fitted out powerboats and sailing vessels in Holland before he came to Suriname. Fino is another Dutch expatriate with good all-round mechanical skills. Between us we've made huge progress and the boat now basically works, although there are many outstanding problems such as no working toilet, no water, no fridge, no autohelm, no wind vane, and worn rudder bearings that make a horrible chatter when we sail fast. But she does sail and she sails beautifully! 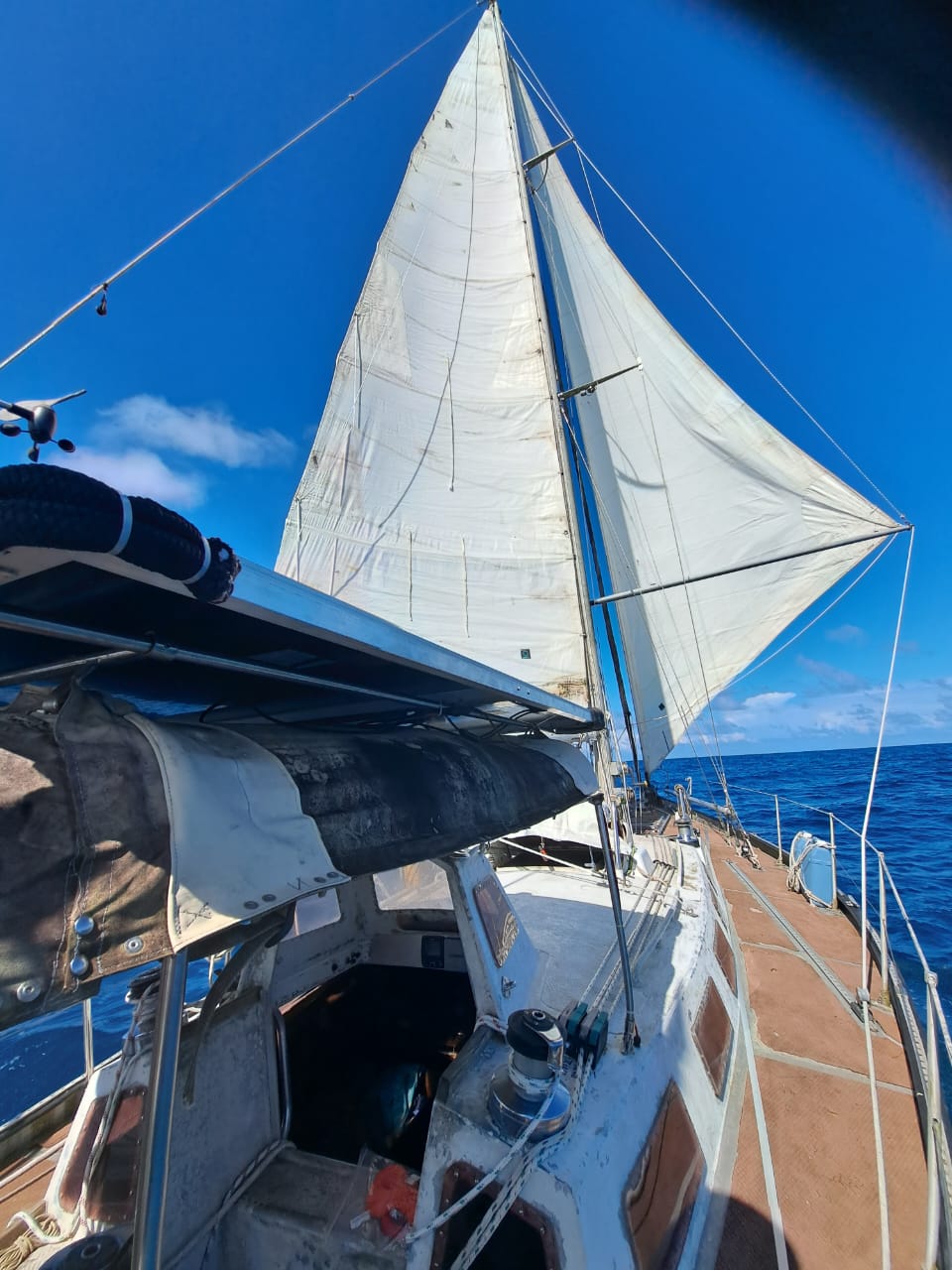 The plan now is to sail her to Saint Marie for Christmas, where Yayo's wife Fabian is waiting.